Who is George Kerr 10th Dan?

On the 6th Feb 2010 George Kerr was given Judo's highest honour, the status of 10th Dan.

The award was made by the International Judo Federation in a ceremony during its “Grand Slam” Championships at the Bercy Stadium in Paris.

It made George one of the very few people worldwide to be elevated to 10th Dan. The award recognises his lifetime's commitment to Judo as a competitor, coach, referee and administrator.

2010 Saw George receive several other honours, The Order of the Rising Sun and Rousette from the Emperor of Japan, A doctorette from Heriot Watt University, The Edinburgh award and most notably, a CBE from the Queen in the New Years Honours List. Georges CV is unrivalled. A few of his career highlights are listed below and you can start to see why he is known around the judo world as "Mr Judo".

Kata: George is an expert in all nine judo katas. He has taught and demonstrated the kata's all around the globe most notably in the Kakami Biraki (Opening Ceremony of the Kodokan) an achievement very few non-japanese can boast of.

Author: George is an author of 4 books one of which is his amazing autiobiography "My journet to the Tenth Dan"

These are just a few of Mr Kerr's achievements in the Sport. Ultimate Judo are delighted to have him as our Honorary President.

Back to About us 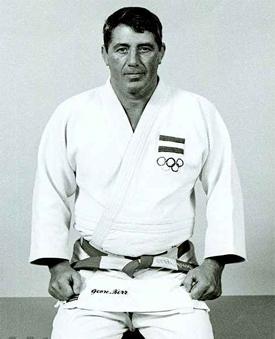 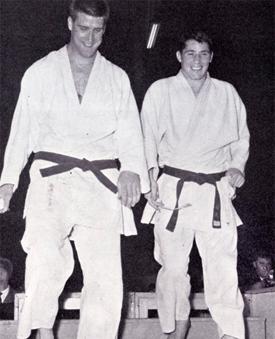 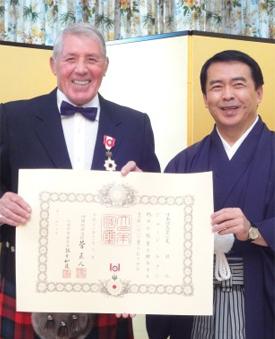