Order of the Scottish Samurai awards 2022 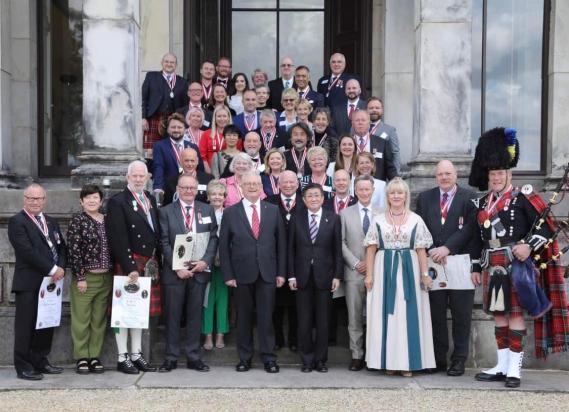 Sunday 19th June 2022 saw Head Coach Gordon Mccathie and club President Dr George Kerr receive awards from the Order of the Scottish Samurai at a lavish ceremony in the home of Charles Lord Bruce, ancestor of King Robert the Bruce.

The word Samurai means to serve and The awards set up by Sensei Ronnie Watt, CBE, ORS a 9th Dan in karate recognise the outstanding contribution individuals have made to serve their communities and country.

This year's inductees included individuals from Canada, Scotland, England, and Japan from across a diverse range of industries including heraldry experts, environmental experts, martial artists, artists, musicians and many more.

The backdrop for the event could not have been any more spectacular, the magnificent Broomhall house, home to the Bruce family since the 1700s. the building is filled with historical artefacts showing the history of Scotland and its impact (and that of the Bruce family) globally. During the awards we were overlooked by the imposing state sword of King Robert and a cast of his skull, keeping an eye on the occasion.

It was an honour for both Gordon and George to be recognised for the work they have done, and continue to do to serve their communities. Kano sensei famously said that the purpose of Judo is to strengthen the body by practising attack and defence, to complete the personality by training the mind, and finally to devote oneself to society.

Throughout the day guests were informed about some of the amazing work members of the Order have been doing throughout the world including a talk from the Lord Lyon on Scottish heraldry, its meaning and its place in Scottish history. They were also treated to a very entertaining talk by Charles Lord Bruce about the contribution Scotland has made to the world and the very special friendship between Scotland and Japan from Scottish Samurai Thomas Blake Glover to the influence his own ancestors had on signing trade deals and helping to set up Engineering universities in Japan using the Scottish syllabus and influence.

All in all the day was fantastic and Gordon and George felt humbled to be part of such an illustrious group of individuals. 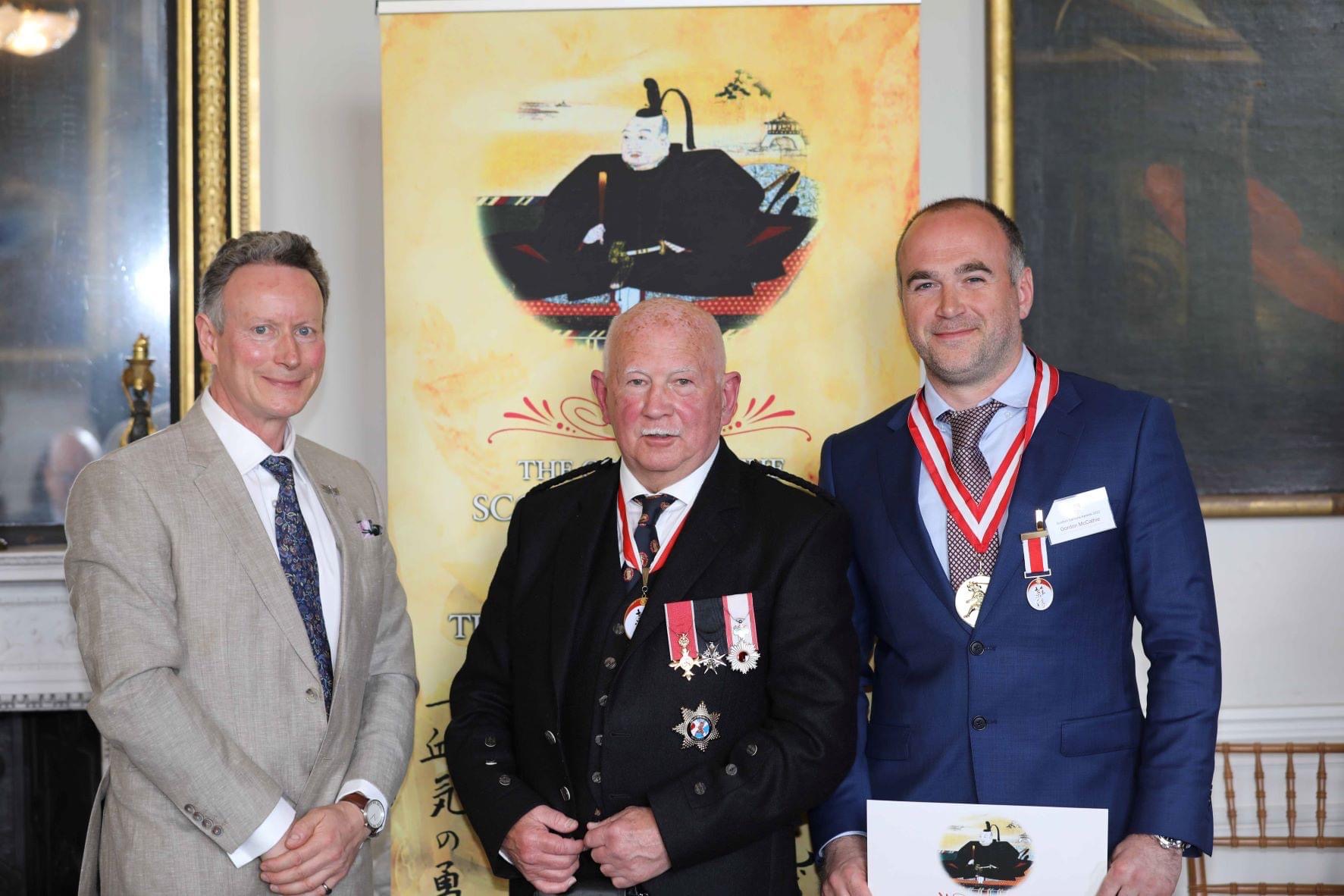 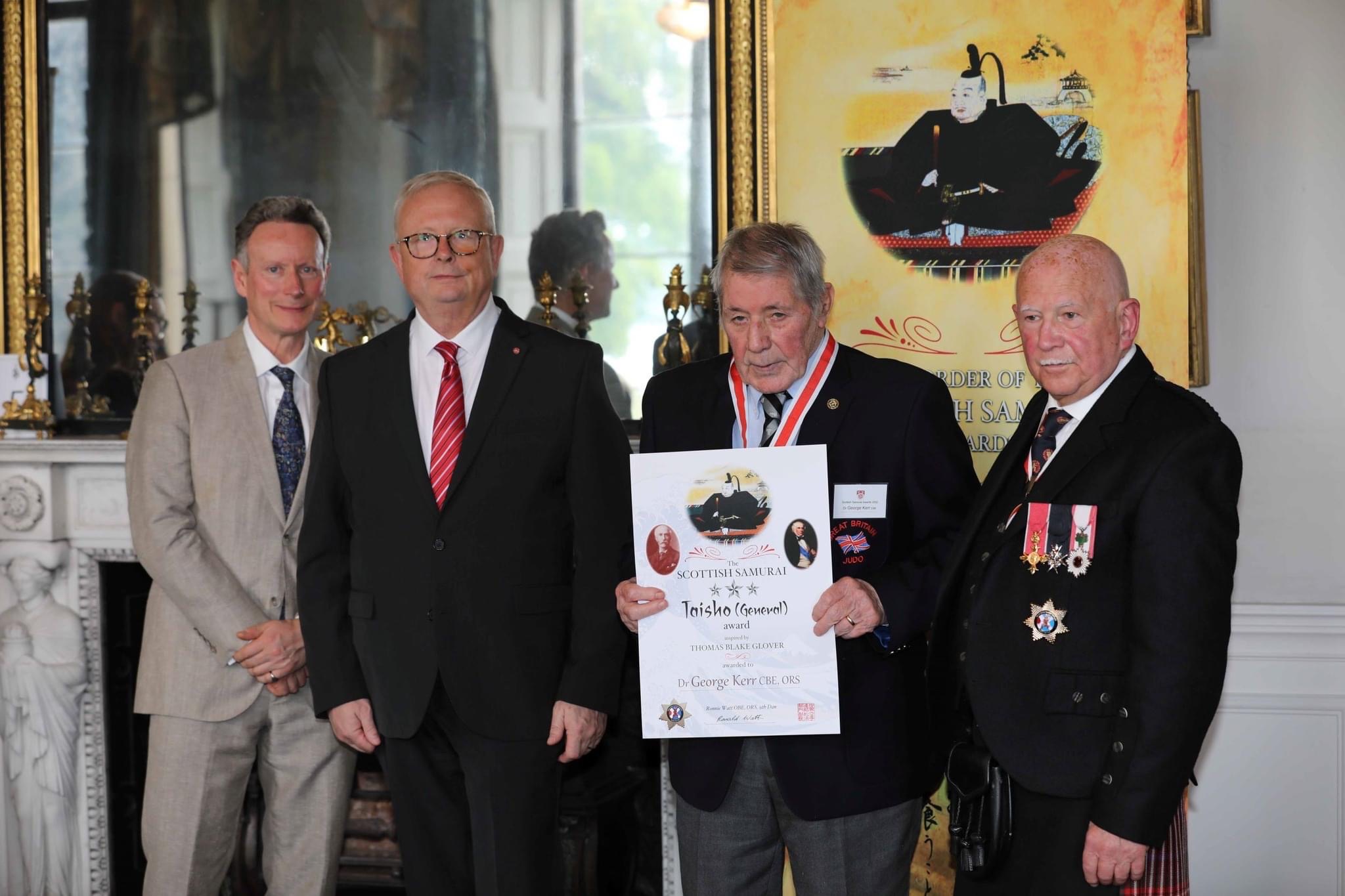