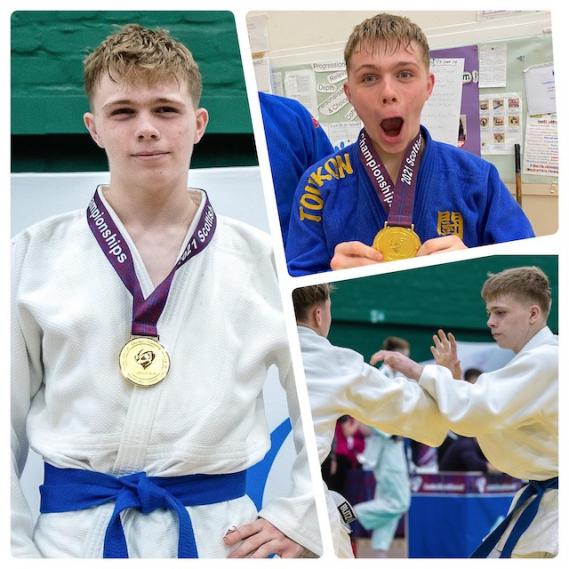 A tough first competition back for Shaun but he rose to the challenge.

They say a goal set is a goal met, well it is true for young Shaun. He has said time and time again to his team mates and coaches " I want to be Scottish Champion". This came true on Saturday 5th November in Largs. Shaun went in as an unknown player with limited competitive experience which worked to his advantage. He wont mind me saying it was a little scrappy at times but after losing his first fight to a counter he had never seen before, he went on to win the next 3 fights by Ippon before revenging his loss with a superb arm lock in the final, taking home the gold medal and title of Scottish National Champion 2021.

Shaun has worked tirelessly to get to this stage, training several times per week and always giving 100 percent. He helps coach some of our younger members and after a brief time off judo in 2019, has returned with a maturity, ambition and attitude which can't but inspire others.

Well done to all his team mates and coaches who have spent so much time preparing him, especially Abigael, Petar and Lloyd.