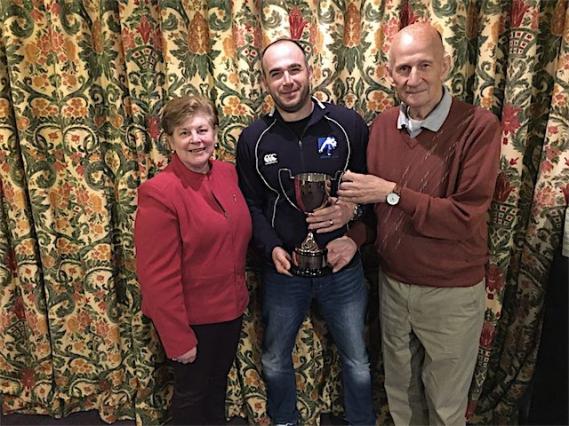 Gordon McCathie, Head Coach and founder of Ultimate Judo  has received another prestigious award. Aberdeen Sports Council awarded Gordon with the Service to Sport Award for the work he has being doing in Aberdeen to Promote the sport of Judo. This is not the first time Gordon has been recognised for the work he and the team are doing promoting the Sport in the North, having been awarded the Scottish Participation Coach of the Year in 2010 and Scottish Young Persons Coach of the Year Award in 2013 from our governing body, Judo Scotland.

Gordon said of the award " It is a great honour to be given this award for the service to Sport for Aberdeen from Aberdeen Sports Council. It is nice to have the hard work myself and the team are doing to promote the sport of Judo in Aberdeen recognised however it is very much a team effort. This award is for everyone at our club"

Gordon is pictured below being presented the award by Abedeen Sports Council Secretary Katie MacDonald and Chairman Bill Berry MBE, himself a 7th Dan in Judo