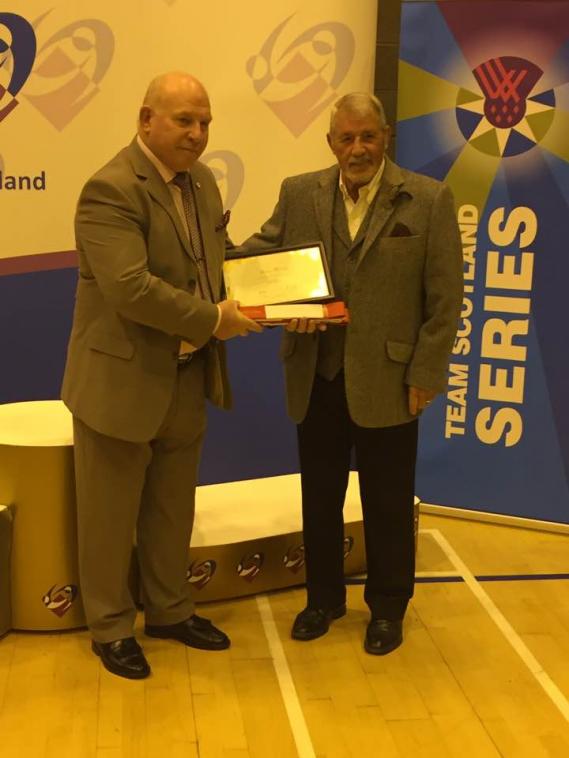 Ultimate Judo Edinburgh's Head Coach Sensei Andrew Malcolm received his 6th Dan from Dr George Kerr, 10th Dan at the Scottish Championships  at Meadowbank Sports Stadium in January 2017 (pictured below) . Andy has devoted 50 years to Judo and still caaches both at our club and his own club Edinburgh Bushido Club. The 6th Dan is represented with a red and white belt.

Congratualtions Andy from all at the club. 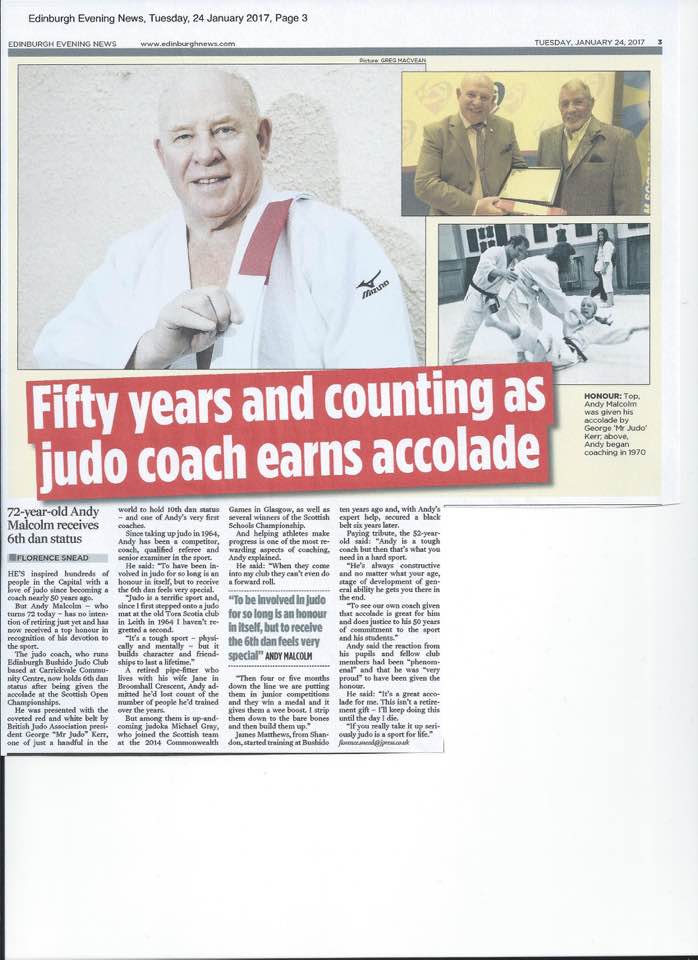