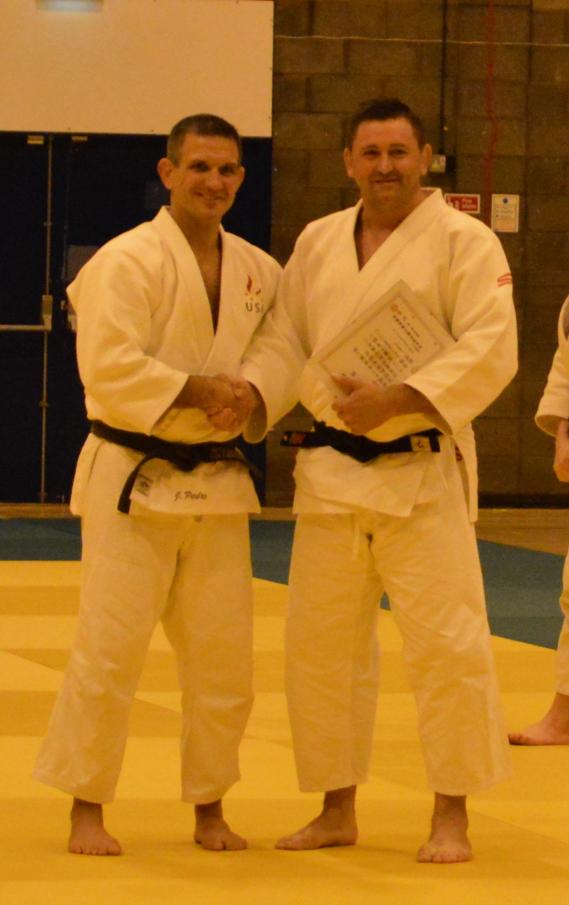 Ultimate Judo would like to say a massive congratulations to John MacDonald on his recent promotion to 5th Dan. John was a member of the GB Army Team for years and training partner for Graeme Randall on the run up to his World Championships win in 1999.

John was awarded the 5th Dan certificate from Team USA Olympic Winning coach Jimmy Pedro at our seminar in Edinburgh. Jimmy himself won the World Championships in 1999 as well as 2 Olympic Bronze medals in a career that saw him become a 4 time Olympian.

John said "I am very proud and humbled to be promoted to 5th Dan. It is made more special by receiving the award from Jimmy in front of my kids. Jimmy is a Judo legend and hero of mine, having followed his amazing career for over 20 years. What an honour and experience I will never forget"